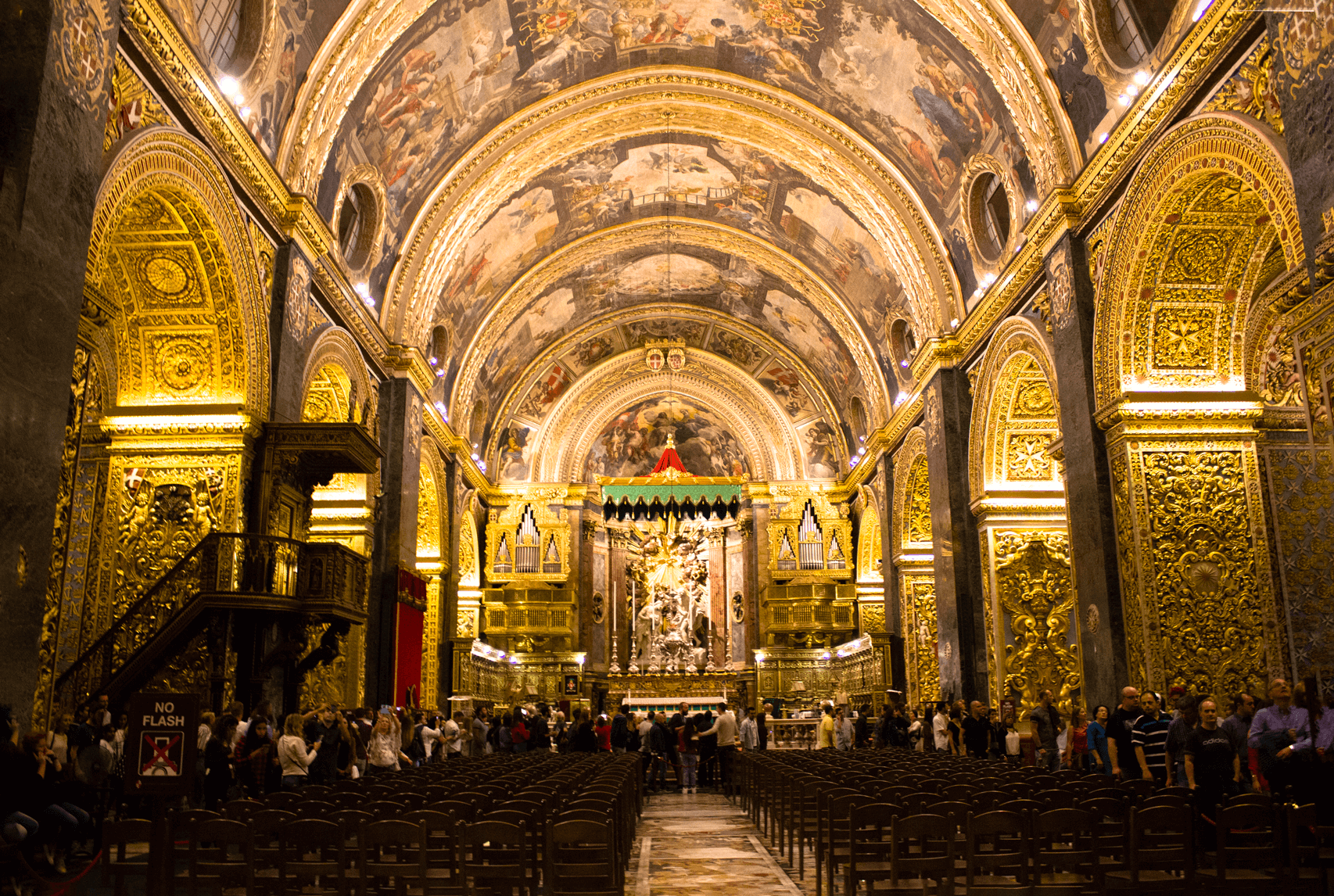 A day visit to Valletta

In this piece, I consider the findings of my day visit to Valletta, the beautiful capital city of this small Mediterranean paradise.

As one enters Valletta, one is greeted by the exceptional Triton Fountain, a modernist piece of work that depicts three Tritons (the messenger of the sea in ancient Greek mythology) holding up a platter as a gift to the heavens.

Created to the designs of the Maltese duo Vincent Apap and Victor Anastasi in the 1950s, to be greeted by such a masterpiece of modern design is almost emblematic of the many inspiring monuments that await you upon entry to the city.

Whilst the fountain itself is – disappointingly – undergoing a period of renovation at present, it represents the city’s commitment to maintaining its rich heritage, so that it may be enjoyed by many generations to come.

Passing through the gate to the city, you enter a world of stark contrasts that presents a microcosmic reflection of any major city in the world as renowned monuments and attractions blend seamlessly into the rustic town houses and dilapidated side roads that surround them.

Meandering away from the gate, you are immediately greeted by the plush, open streets of the city’s main commerce areas, a place that offers you the opportunity to enjoy food and a drink in one of the many cafés or peruse the numerous international and independent retailers.

The city gateway area also plays home to Parliament House – the home of Maltese democracy and a fine piece of modern architecture built between 2011 and 2015, to the designs of Renzo Piano, whose other notable projects include the Pompidou Centre and The Shard in London. 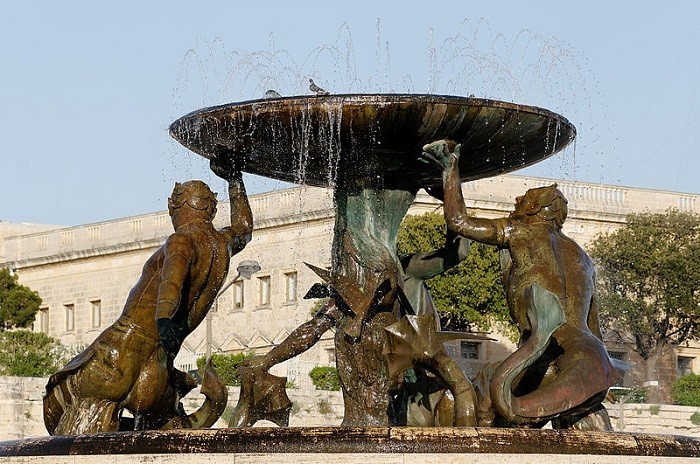 “The Cathedral’s boisterous interior is a spectacle to behold”

Just a short stroll from the gate sits one of Malta’s most marvellous attractions, Saint John's Co-Cathedral. For a €10 fee, the cathedral offers you the opportunity to explore one of the country’s, if not Europe’s, finest examples of the Baroque architectural movement.

Commissioned by Grand Master Jean de la Cassière, the church was built between 1573 and 1577 to the designs of the Maltese architect Girolamo Cassar.

Initially of modest decoration, the church was redesigned by the Italian artist Mattia Preti in the 17th Century, who had by then taken Malta as his adopted homeland.

His extensive, elaborate artwork exemplifies the Catholic Church’s eagerness to reassert its position of power in the face of the period’s Protestant Reformation and provides worshippers with a vivid depiction of some of the trials and tribulations of the life of Saint John.

Preti’s use of highlights and shadows also provides the fresco with a three dimensional visual affect that is testimony to his exceptional craftsmanship.

The Cathedral’s boisterous interior is a spectacle to behold, the fresco being accompanied by a myriad of other works of art and worship, including monuments to significant figures, saintly statues, beautiful alters and ornate chapels.

Most notably, you will find some of the finest artwork produced by the exemplary Italian artist Michelangelo Merisi da Caravaggio, largely considered to be one of the leading influencers of the Baroque movement of the 17th Century.

Of his work, the cathedral boasts his 1606 piece Saint Jerome Writing and fellow oil on canvas work The Beheading of Saint John from 1608.

The former depicts the popular Doctor of the Catholic Church reading intently with a quill in his hand and the form of a human skull on his desk. The piece is believed to originate from Caravaggio’s late Roman work, prior to his exile in Malta.

The latter is a gruesome piece of artwork depicting the death of St John at the hands of the men of King Herod. Produced in Malta itself, the piece is widely considered to be one of the most significant paintings in the western world and is proudly adorned upon the walls of the cathedral.

Whilst the cathedral is one of the city’s most notable attractions, there are numerous that you must take in on your visit to the capital. 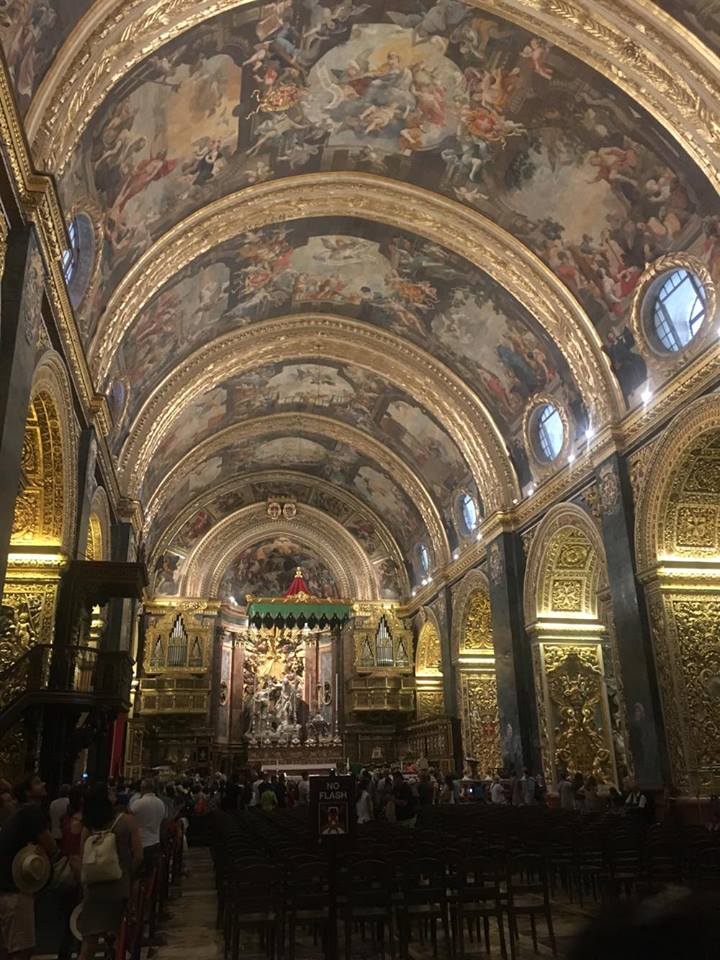 As you head away from the city’s opening, you encounter the neglected, tired looking residential streets of the Maltese capital that paint a true reflection of the life of the Beltin people. Whilst in stark contrast to the grandeur of the city’s many attractions, these streets offer an equally beautiful insight into Valletta’s charming appeal.

"One of the more sombre monuments to Malta’s history, the Siege Bell memorial is a beautiful place of reflection"

Essential to any day visit to Valletta is a trip to the Barrakka Gardens on the city’s harbour edge.

The gardens represent a place of humble tranquillity within the often noisy city, with numerous fountains, statues and monuments erected in the memory of figures that have played important roles in the modern-day history of Malta, as well as memorials to those who have died defending the nation’s freedom and in other conflicts.

The Upper Barrakka Gardens is perhaps the more famous (and far busier) of the two locations, boasting monuments to Sir Thomas Maitland and Sir Winston Churchill. A replica of the statue Les Gavroches, or “the street boys”, by the Maltese sculptor Antonio Sciortino is also located in the garden.

The popularity of the site means it can often become crowded, however, cafés in which you can buy food and refreshment are also available within the premises and the monuments are simply a must see.

Whilst the Lower Barrakka Gardens may not offer the extraordinary vistas that its sister site can afford, it is perhaps my favourite of the two. A neoclassical temple stands in and amongst the shrubbery and palm trees as a proud monument to the former Civil Commissioner of Malta Sir Alexander Ball, whilst the lower number of visitors makes it a more peaceful experience next to the bustle of the Upper Gardens.

Sitting adjacent to the garden is the iconic Siege Bell, a truly magnificent monument to the people of Valletta’s dogged role in the fight against fascism during the Second World War.

One of the more sombre monuments to Malta’s history, the Siege Bell memorial is a beautiful place of reflection in memory of the island’s valiant resolve in the face of an onslaught of 3,000 bombing raids from Italian and Nazi air forces between 1940 and 1942.

Designed by world renowned sculpture Michael Sandle, the monument was cast in 1992 and instigated by the George Cross Island Association in commemoration of the 50th anniversary of the Maltese people receiving its collective George Cross, which is adorned proudly upon the nation’s flag.

Lying alongside the bell is the Monument to the Unknown Soldier, who will gaze out to see for an eternity and represents the sacrifice of the many people that secured Maltese freedom.

The walk between the two gardens offers you the opportunity to absorb the sensational panoramic views that is the Grand Harbour, or Port of Valletta, a beautiful natural harbour that has seen immense development over the centuries and has played a vital role in the city’s maritime history. 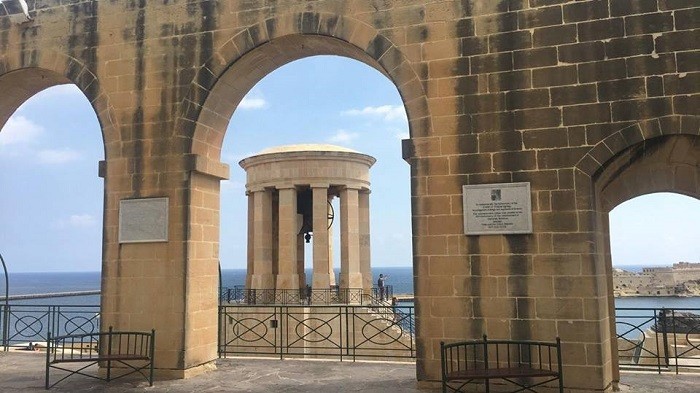 This area of Valletta also plays proud host to the iconic Fort St Elmo, a site of military significance whose history can be dated back as far as 1417.

The scene of some of the most intense fighting following the invasion of the Ottoman Empire, Fort Saint Elmo is perhaps most famous for its role during the Great Siege of Malta in 1565.

The fort withheld the siege for 28 days before eventually falling to the invaders. Despite falling, it played a key role in enabling the reinforcement of troops from Spain and for domestic forces to prepare another two fortresses to withstand the Ottoman invasion.

Once listed as one of the world’s most endangered sites of heritage, extensive restoration work has been undertaken to protect Upper Saint Elmo and the Carafa enceinte – securing the future of this iconic location.

Though not a free attraction, like the Co-Cathedral it has a €10 entrance fee, the fort offers visitors the opportunity to explore the war-time history of the Maltese islands.

Learn more about Fort St Elmo from their website

Further protection was offered by the famous Saluting Battery – the oldest working example of its kind in the world – located just off the Upper Barrakka Gardens.

Founded in the 16th century by the Order of St. John to defend the harbour from invasion, the battery is a monument to Malta’s significant strategic position between mainland Europe and North Africa. The battery is still fired daily at noon in homage to the city’s history and is an incredibly popular attraction for visitors to Valletta. 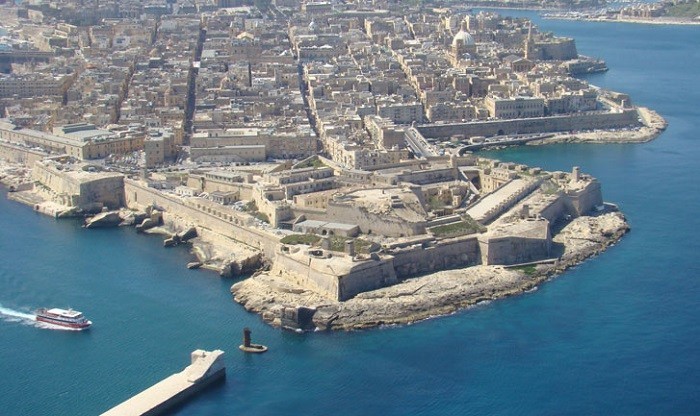 "Do not underestimate this quaint city’s ability to surprise, inspire and humble in equal measures"

A day visit to Valletta offers you the opportunity to explore the rich cultural heritage that this incredible city has to offer.

Whilst I have covered those attractions that I myself have visited, there are many other truly iconic monuments that one can visit. This includes the Grandmaster’s Palace - a magnificent Baroque structure that has played a central role in the island’s political structures since its construction in the late 16th Century and now houses the Office of the President of Malta, as well as some fantastic historical artwork.

A city of contrast that juxtaposes neglected side streets alongside elaborate buildings and monuments developed at significant cost, Valletta is one of the most beautiful, unique capital cities that you will ever visit. Though its diminutive size may leave it seemingly in the shadows of Europe’s major metropolitan areas, do not underestimate this quaint city’s ability to surprise, inspire and humble in equal measures.

Enjoy 'A day visit to Valletta'? Learn more about the capital's attractions, here!